https://extrememining.org/
I actually considered asking my boss if this post could be the first in a new series called "Stupid WoW Criminals," but honestly, I'd prefer to think that this guy is one of kind. So, here's the deal: A young Warlock named Kiranth of the Aman'thul server (Who has since deleted his post, but you find it quoted a couple posts down from the top in the thread) came to the customer service forums, and in this thread here, claimed that he somehow lost his epic flying skill after buying it on a Monday and playing until Tuesday morning maintenance. He claimed that he 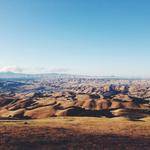