https://minecraft-skins.biz/
A 19-year-old man has admitted to making bomb threats against thousands of schools which led to the closure of more than 400 schools. George Duke-Cohan, Watford, also sent mass emails to schools throughout the UK in the UK, claiming that pipe bombs had been planted on their premises. He was being investigated. Yesterday, he was found guilty of making threats to detonate bombs against thousands of schools and a United Airlines flight from the UK to San Francisco. He was arrested in his bedroom in his family home in Watford. Scroll down to hear the audio Afte 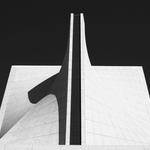