https://hindi18news.com/
When the ground heaved from last week’s earthquake in Afghanistan, Nahim Gul’s stone-and-mud house collapsed on top of him. He clawed through the rubble in the pre-dawn darkness, choking on dust as he searched for his father and two sisters. He doesn’t know how many hours of digging passed before he caught a glimpse of their bodies under the ruins. They were dead. Now, days after a 6 magnitude quake that devastated a remote region of southeast Afghanistan and killed at least 1,150 people and injured hundreds more, Gul sees destruction everywhere and help in sho 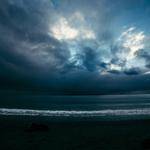